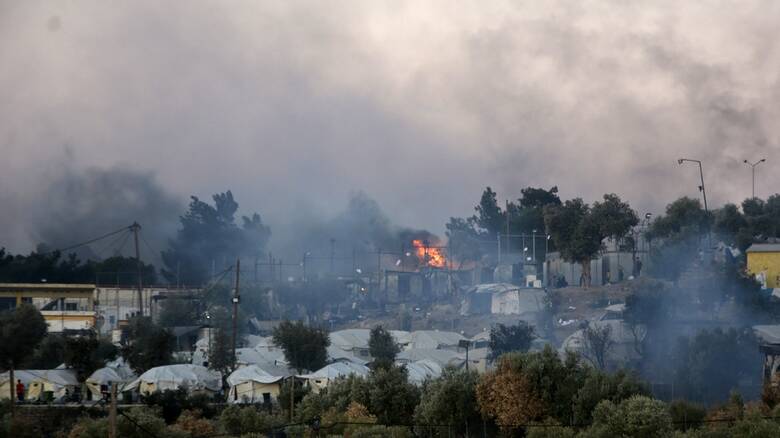 The recent fire in the Moria migrant camp brought up all sorts of hidden challenges that further jeopardizes thousands of lives of misplaced people.

The Moria arson (largest camp of 13,000 people in the island of Lesvos in the Aegean) brought to the surface the not so okayrefugeesituation. We faced a brutal reality – refugee camps that originated from the Syria war in 2015 now have been the repository of Afghans, Kurds, Nigerians, Somalis, and all sorts of trafficked souls from places that can be even from Santo Domingo.  This Arson exposed most of that and also brought about an explosive health hazard to the hosting island and its people as many COVID infected refugees are flowing among the islanders.

The Moriahas been infamous for the overflowing of refugees, migrants, and asylum seekers. A fire that started early on Wednesday morning (September 8th, 2020), and despite 40 firefighters battling to put it out, it has led to further displacement. Notwithstanding efforts by these groups to escape the flames and smoke and make their way into surrounding towns and the port of Mytilene, they were cut off by officials due to their status but also for public health concerns as the camp had 35 confirmed cases of coronavirus. The high winds, the fields and roads, the panic, and the hording of their belongings were all combined to contrast what is supposed to be a home. Only few tents and belongings made it out of the catastrophic fire.

The fire according to now official info was a well-organized arson by a group of migrants in the camp that informed in advance their fellow campers to leave the premises. This premeditated attempt to burn the camp to the ground coupled with the summertime high winds caused urgent concerns threatened for wildfires throughout the island. There are two sides to every story: in this case, one is claiming that the arson was set on by migrants and refugees that were devastated with the horrid living conditions of the camp, while the other claims that some right-wing radicals set the fire to burn the camp down, an act rooted in hate and xenophobia.

In brief, the fire broke out a few hours after the announcement made by officials about the large number of coronavirus infections within the camp. This includes five Afghani nationals that have already been arrested, however, surveillance and witnesses allude that there is a sixth suspect involved. The official police stance is that the cause leading to arson was a reaction to the coronavirus testing and tracing drive and the lockdown imposed after the confirmed coronavirus cases. The fire was pretty much leading to the original desire of the migrants to move to Athens free from any camp orders and eventually to the rest of the EU.

A different side of the story

A tell-all interview by a German activist and volunteer, very much involved in the aid-providing in the Moria camp, revealed some further ugly truths about the fires. She stated that a man and a woman working for German NGOs aided the Afghans in starting the fire within the camp as well as warning some refugees to evacuate the camp. The fire thus was not only a premeditated conspiracy, but there were preludes, as small fires within the camp erupted in the past few weeks. These small fires were successfully put out by local firemen and policemen despite much resistance by some inhabitants of the camp. This contrasts what happened on September 8th when the firefighters rushed to put out the larger fires and were faced with aggressive resistance delaying the putting-out of the fires and leading to the current situation. Now, there is really a big worry about the future of the island’s stability and safety, as she further stated that the camp’s inhabitants’ behavior was very mean and aggressive towards the Greek authorities and population of the island even within the camp, and now this raises fear about the possible aggression of the migrants and refugees outside the camp. There are also clues that a part of the displaced are armed, with rumors of Erdogan supplied arms. She concluded by stating the role of the German NGOs in stirring up further conflict and contributing to illegal actions, such as issuing of fake passports, distributing and selling drugs and more; as well as, stating that some of these German volunteers are getting mixed up in the conflict between Greece and Turkey by photographing with drones Greek military bases.

The camp’s conditions have been criticized for years now, one of the main red flags being the huge overflow of people that it hosted. This initial offset has thereon triggered many other factors that have led to the description of “inhumane conditions” by Marco Sandrone, Lesbos project coordinator for Médecins Sans Frontiers (MSF). The situation defining the unsanitary and overall inhumane conditions of camp has been an issue since 2018, as the UNHCR prompted the Greek government to move and distribute people living in the camp as the overflow red flag was already raised pretty high, with 8,000 people living in the Moria camp. Despite efforts from the Greek government to act on the above, such as building another refugee camp nearby and trying to build more and then being stopped by resistance by locals and refugees alike, that was still not enough as the arrivals of people are larger than what the facilities can take up, all accounting to the very serious and devastating situation of today.

As Greek Prime Minister KyriakosMitsotakis prepares for an emergency meeting, some European regions have offered relief, whether that is financing of shelter to the vulnerable groups or the taking-in of numerous refugees. For example, the Prime Minister of the German state of North Rhine-Westphalia has offered to “take in 1,000 refugees”.

What is the issue really? The migrants or the reasons for wanting to leave their homes?

To build a better, more solid, and permanent camp facility in the island and accept that the Greeks will be offering a refugee migrant asylum service along with the highly expensive in time and money and efforts to select the real refugees and migrants from the illicit ones that are trafficked. If the agreement is to make Greece into a door of migrants refugees etc. then the Greeks should get compensated for the service provision itself and also a serious mitigation budget and infrastructure should be provided to deal with the high risk environment created in Greece – as it is no longer the tourist paradise (its island and mainland) but a first come refugee repository.

If this is not the case, then we should concentrate in the fixing of the problem in several manners. One, by handling the root causes – poverty, informality etc. – a serious manner that if we don’t handle it soon, we will keep having traffickers and undignified people eager to leave their place of origins floating on trafficked boats. The other is the immediate timely handling of the refugees that are already now on the ground. This should be done with a phasing out system.

We cannot deal with a serious problem by simply pretending it is not the problem of the West but that of one country only and namely one of its islands.